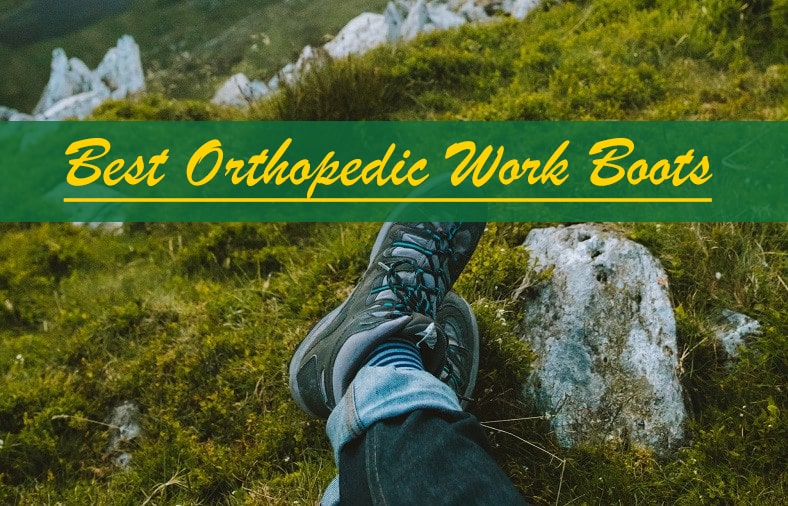 It is nearly impossible to find proper footwear that can support certain foot conditions that traditional footwear just cannot address.

Whether you have conditions such as plantar fasciitis or neuropathy, you’ll need certain footwear that can not only alleviate the pain you feel but also make sure your conditions don’t get worse.

This is where orthopedic work boots and other footwear come in.

Footwear such as this will not only alleviate your foot pain but are also designed such that your foot condition will not get worse.

Your search for footwear for these specific conditions has ended with this list of orthopedic work boots and other footwear. 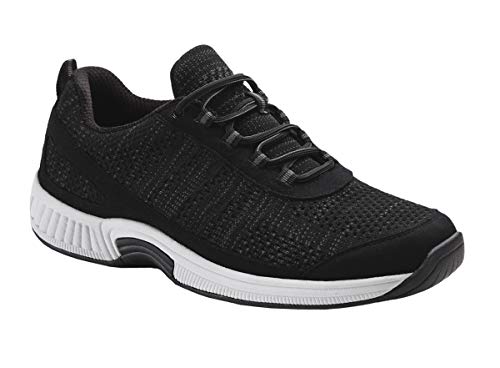 Nothing is more painful than having to wear footwear that does not accommodate your wide feet. This is often what causes most foot conditions in the first place. Even if the footwear you have selected might be orthopedic in and of itself, there is a good chance you will still encounter pain if your feet are too wide.

You’ll appreciate what Orthofeet’s walking shoes have to offer if you struggle to fit in most footwear because of the width of your feet. They have extended widths which will give you much needed breathing room.

Another nice thing about Orthofeet’s walking shoes is that they contain just as much padding and spacer levels as any other orthopedic footwear, if not more. Most orthopedic footwear isn’t really designed for being active but this is not the case with Orthofeet’s shoes. You’ll be able to walk in them as long as you need without the inner layers and spacer levels encountering any wear and tear.

The amount of insoles in Orthofeet’s shoes can get overwhelming. They aren’t very prone to wear and tear but they will be difficult to replace if they do encounter any wear and tear. 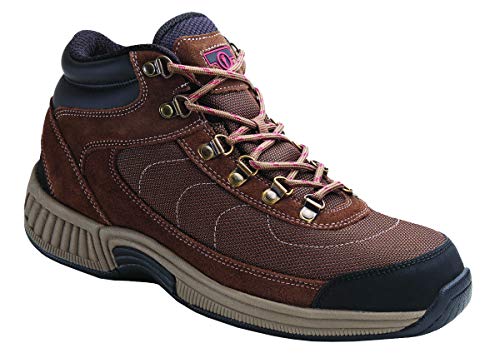 Orthofeet’s plantar fasciitis boots are perfect for anybody who has developed bunions because of the former shoes that they have been wearing or who possesses hammertoes that cause them to develop bunions easily. They do this by containing a toe box that is a little more wide than other shoes of its kind.

Another nice thing about Orthofeet’s plantar fasciitis boots that you might like is that they contain everything else that you have come to expect from any orthopedic footwear. All of the anatomical insoles, spacers, and cushioning soles that any given orthopedic footwear contain are there.

Because they are a lot wider than other orthopedic footwear, there is a chance that your foot will have a little too much room in Orthofeet’s plantar fasciitis boots than you are accustomed to. This is the only thing you might want to watch for. 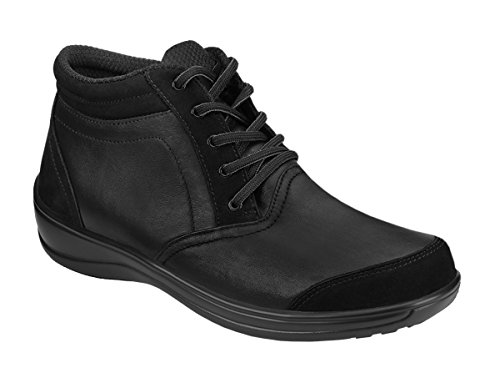 All of this changes with Orthofeet’s milan design orthopedic boots. They contain everything you would come to expect from any kind of orthopedic footwear. They contain all the cushioning, orthotic insoles, and arch support that is clearly absent in any given traditional Milan style of boot.

Most casual boots usually cause bunions to develop. Dealing with this is somewhat normal if you wear such boots all the time. You will never need to deal with this again when wearing Orthofeet’s milan boots. They contain a wider toe box than most other milan boots, preventing bunions from developing. 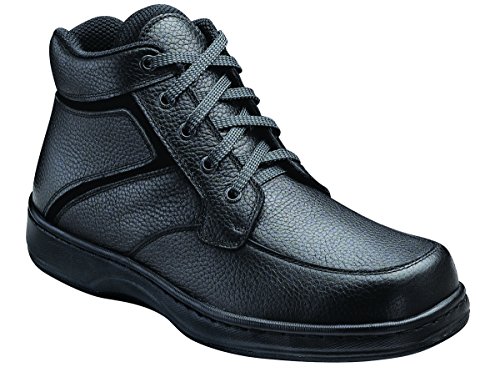 You have your answer to orthopedic footwear that you can wear in environments that demand better looking footwear in Orthofeet’s highline boots. The highline style boot is extremely versatile in where you can wear them. You’ll be able to wear them nearly anywhere, which cannot be said about most orthopedic boots.

The insoles and spaces that line Orthofeet’s highline boots also somewhat compromise their presentation. They will appear a little taller than traditional highline boots and this is something you should watch out for. 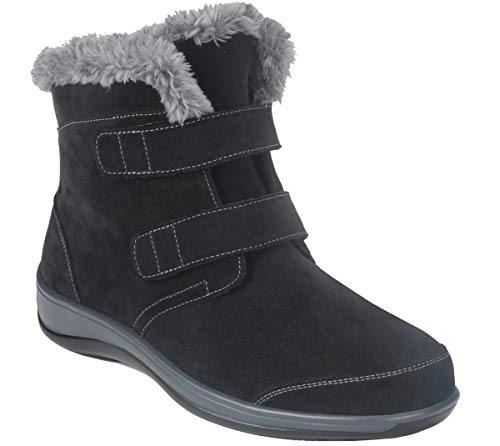 Florence boots are one of the most fashionable and functional styles of boots for women. They are perfect for colder climates, and that is typically when they are worn. Unfortunately, florence boots are very uncomfortable. They are not as wide as they should be and they don’t provide the arch support that they should.

With Orthofeet’s florence boots, you’ll be able to finally be able to enjoy all the benefits of florence style boots while also managing any foot issues that you may have. They provide very ample arch support for anybody with plantar fasciitis. They are a little more wide than other florence style boots, which prevent bunions from developing. You’ll get everything you would come to expect from any orthopedic boots with Orthofeet’s florence boots.

The arch supports of Orthofeet’s florence boots are somewhat questionable. You will undoubtedly feel the arch support if you have low arches. If you have high arches, however, you will struggle and will need to find different boots.

The main function of orthopedic work boots is clear; they are designed to micromanage plantar fasciitis and other kinds of foot issues that you have developed from footwear that might have not fit properly.

There are a few secondary functions of orthopedic footwear that are worth exploring, however, and these other things that you should consider.

Do you experience bunions?

Something that is separate from plantar fasciitis are bunions.

Where will you be wearing your orthopedic footwear?

One significant issue that surrounds orthopedic footwear is they are very plain in their design, meaning you won’t be able to wear them anywhere other than places you commonly go.

Fortunately, there does exist orthopedic footwear that you can wear to other places such as work or at formal events and you should certainly seek them out if you need such footwear.

Are your feet unusually wide?

Most orthopedic footwear is designed to put a lot less pressure on your feet if you have high arches. This prevents conditions such as plantar fasciitis.

However, plantar fasciitis can also develop if you wear footwear that doesn’t accommodate the width of your feet.

In situations like that, you might need orthopedic footwear that can provide support as well as accommodate for the width of your foot.